Hard-core videogame players typically are loyal to either PlayStation or Xbox. Until last year, Mario Valdes was an Xbox guy. 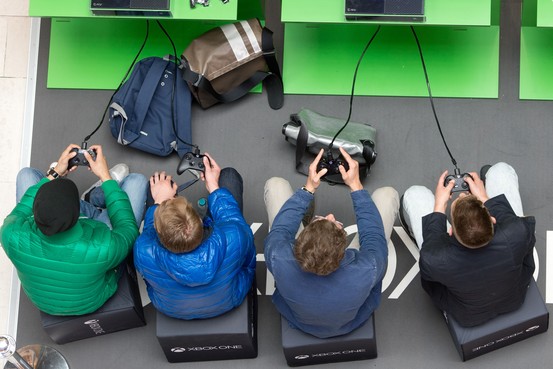 But in November—when Microsoft Corp. MSFT -0.57% released its new Xbox One console and Sony Corp. 6758.TO 0.91% , its PlayStation 4—he made a switch. In his mind, Microsoft's $499 console, which came with a motion and voice-sensing accessory called Kinect, didn't compare well with Sony's $399 system without an equivalent feature.

Eight months into the latest generational shift in videogame consoles, Sony's pared-down approach appears to have paid off. The PlayStation 4 has sold seven million units, compared with five million for the Xbox One, according to the companies. In the U.S., the PS4 has outsold the Xbox One every month except December, according to industry data. 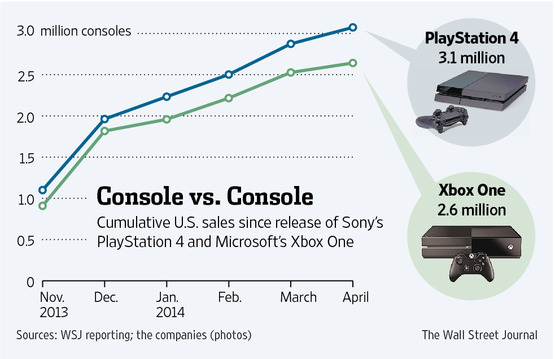 Microsoft's lagging position is emerging as one of the hottest topics as the videogame industry gathers in Los Angeles this week for the annual convention known as E3.

It is a reversal from the previous hardware cycle, when the Xbox 360 outsold the PlayStation 3 console, and Nintendo Co. 7974.TO 1.78% 's Wii took an early lead but later faded. This time, analysts said, Microsoft stumbled with the Kinect strategy and other miscues while failing to convince game players that the console was worth the extra money.

"Price has played a huge role, there were PR snafus early on and there's a lot of lingering skepticism around the Kinect," said John Taylor, an analyst at Arcadia Research. "Those three things combined put Microsoft into the penalty box."

Microsoft also emphasized uses for Xbox One beyond playing games, including interactive enhancements to television viewing, that didn't much interest the hard-core players who typically buy consoles soon after their release.


The next version of 'Titanfall' isn't expected to be an Xbox exclusive. Invision/Associated Press
The software company has moved to address the criticisms. Microsoft last month, for example, said it soon would start selling a version of the Xbox One without Kinect for $399.

"Our value proposition of being games plus entertainment is broader and more complex and takes people more time to get their arms around," said Yusuf Mehdi, corporate vice president of devices and studios at Microsoft. "What we heard loud and clear from fans is that they want more choices and flexibility."

The duel between Microsoft and Sony won't be the only focus at E3.

Nintendo faces questions about its Wii U, which was released a full year before the PlayStation 4 and Xbox One, yet has sold only 6.2 million units world-wide, contributing to financial difficulties for the company. The console, which features a touch-screen tablet controller instead of the usual mix of thumb sticks and buttons, hasn't caught on with avid players or the casual ones who embraced the original Wii.