One of the largest redevelopment projects in New York City history is currently underway in Brooklyn. The $5 billion Atlantic Yards development includes the newly-built Barclays Center, roughly 6,000 apartments, and hundreds of thousands of square feet of office and retail space. However, like most major redevelopment projects, Atlantic Yards has come against stiff competition from locals, and progress has been slow since the original plans were approved in 2006. 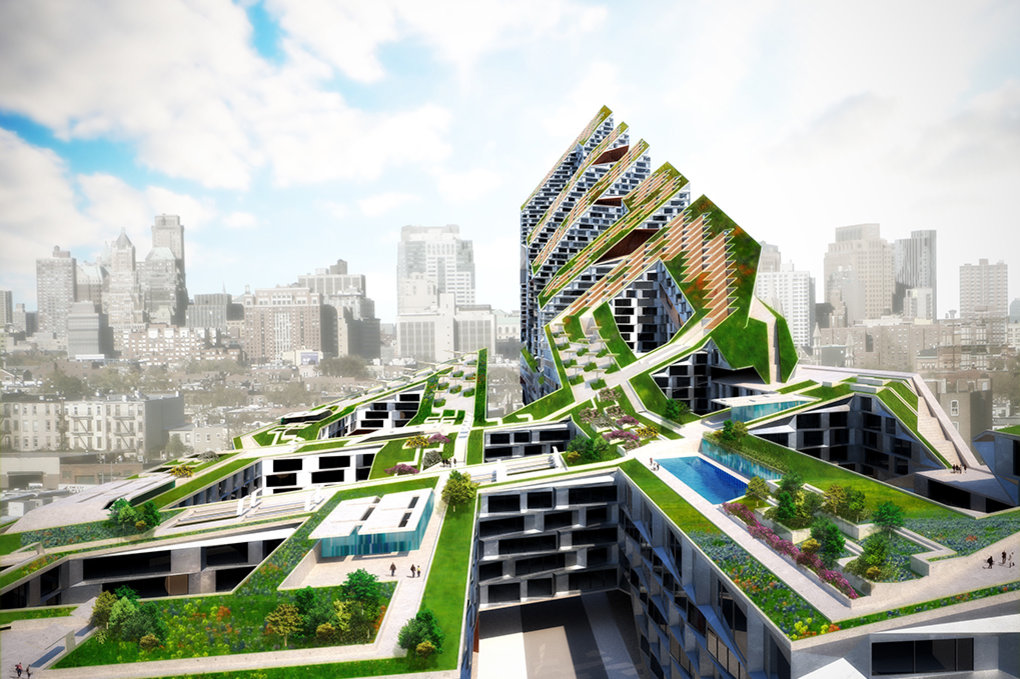 Now a few architecture firms are tossing out some wild ideas for how they would improve the project if it was entrusted to them. A new gallery exhibit features five different ideas for phase two of the project, which has yet to begin construction. The current approved plan calls for 11 residential buildings in phase two. Residents have complained that the structures are an inefficient use of space and say they don't fit into the surrounding (brownstone-filled) neighborhood. These five new proposals, in turn, seek to "explore the site’s development potential while respecting historic scale and context, activating public-private space interaction, and integrating characteristics of the urban streets that surround the site," according to a statement. Each of the designs adhere to the most recent guidelines for the project, which were approved in 2009, and the organizer of the exhibit tells Fast Company that the proposals are "intended to illustrate to the community that there are alternative architectural possibilities, all equally profitable for the developer.” It just so happens that the ideas are way outside of the box.